Volleyball League Registration: Leagues Forming Now For the 2021 Season! League play begins May 19th & 20th! Registration forms and fees of $100 due by April 16, 2021 or  $120 before Friday May  7, 2021. Mandatory Manager Meeting where schedules will be handed out, time to be announced. To sign your team up email [email protected] ​Or call or text Rich Kuhnke at (262) 903-5398. Or complete and submit the Volleyball Registration form here. Fees $100 Registration Fees before May 5th or $120 after that. Includes upkeep of courts, equipment, end of year prizes, end of season cookout, bathrooms. Please mail or drop off registration fee at: Town of Delavan5621 Town Hall RoadDelavan, WI 53115Phone: (262) 728-3471 Follow us on Facebook! 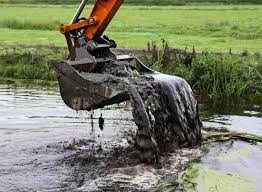 MADISON – A new general permit that streamlines approvals for small-scale dredging in the state’s lakes, rivers and streams has been finalized after a public comment period and is now available for applications. The Wisconsin Department of Natural Resources received and considered over 700 comments related to the draft general permit before issuing the final permit.

“After meeting with stakeholders, it was discovered there was a need to expand the process we currently have in place for streams and make it applicable to lakes and streams,” said Martin Griffin, Section Chief of DNR’s waterway and wetland protection program.

“The main motivation for expanding the dredging general permit to lakes was to allow waterfront property owners, who are experiencing siltation and are unable to get their boats in and out from their piers and docks, the ability to remove small volume amounts of bed material for the purpose of improving navigation or recreation,” said Griffin.

The general permit is valid for five years and will allow applicants to apply for coverage under the permit to remove up to 25 cubic yards from streams and inland lakes and up to 100 cubic yards from the Great Lakes cumulatively within the 5-year period if the project meets all eligibility criteria and conditions.

In order to ensure the activities authorized under the new general permit do not result in significant effects on the environment, the permit is not eligible to be used in environmentally sensitive locations that are designated and mapped as such by the department. These areas include Areas of Special Natural Resource Interest and mapped Sensitive Areas, which are areas of aquatic vegetation identified by the department as offering critical or unique fish and wildlife habitat.

To apply for a dredging permit or get information about the waterway general permit for small-scale dredging, search the DNR website, dnr.wi.gov, for “dredging “or “water permit.”